The Building Code 2012 of Tennessee made it mandatory for all new and existing high-rise buildings in the state to install luminous egress signage and path markings in stairwells and landings. This regulation, to make buildings safer, is part of the 2012 International Building Code, which was adopted by Tennessee.

For luminous egress in Tennessee, you can rely on Ecoglo® to provide you with every luminous path marking product you need to meet code compliance.

For over 20 years Ecoglo® has been serving Tennessee, providing the best luminous egress path marking products in the United States.  Thanks to our expertly engineered products, with safe, non-toxic photoluminsce properties, facilities featuring Ecoglo® products are safer and exceed regulations set out in local and federal building and fire codes.

Visible in all lighting conditions, and cutting through shadows and smoke, Ecoglo® photoluminescent products take the guess work out of your egress path! 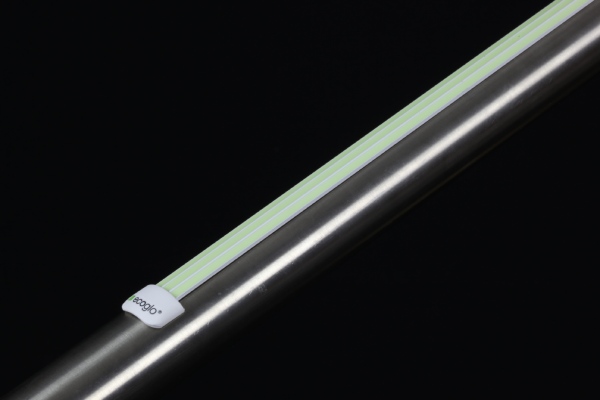 When everything else fails, you can take comfort in knowing the luminous egress path marking system in your building will be there, shinning bright, to guide residents and patrons out of your facility. The clear visibility of stair treads, handrails, and obstructions in an egress path is critical in providing a safe passage. Luminous and photoluminescent marking systems can save lives, as they shine brightly when everything else fails.

Due to the importance of luminous egress path markings, it is no wonder Tennessee has made them mandatory. Complying with the Building Code 2012 of Tennessee ensures a safe evacuations for residents and patrons, even during the worst case conditions—potentially saving lives.

Ecoglo® offers industry-leading luminous egress products in Tennessee that are cost-effective, easy to maintain and guaranteed to last.

In Tennessee, requirements for luminous egress path markings became retroactive to existing high-rise buildings with the implementation of the 2012 International Building Code, which was adopted as part of the Building Code 2012 of Tennessee. Under these regulations, it is now mandatory for all new and existing high-rise commercial buildings in the state of Tennessee to install luminous egress signage and path markings in stairwells and landings.

Section 1025 provisions provide an additional level of safety to buildings’ egress paths by requiring the installation of photoluminescent or self-illuminating marking systems that do not require electrical power and the associated wiring and circuits. This means that even if a building’s power supply fails to operate, photoluminescent egress markings ensures occupants

can safely egress a building via exit stairways. This is especially necessary in high-rise buildings, which feature a greater anticipated occupant load and occupants which way not be familiar with the emergency exit path.

The goal of the State Fire Marshal is to reduce the loss of life and property through prevention, education, and protection, and Ecoglo® is here to help! Our luminous egress path marking products provide excellent protection for each and every patron of your building. By providing an egress path lit by photoluminescent signs and stair nosings, patrons or residents are able to exit the building, quickly and safely in an emergency situation, protecting them from any unnecessary danger.

For your new or existing projects, browse the range of Ecoglo® products, hand-picked just for Tennessee.